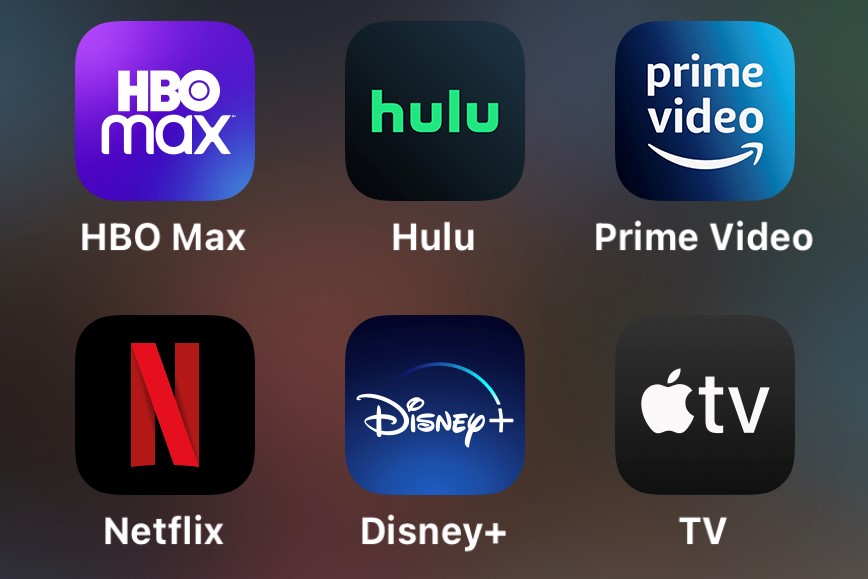 Streaming services have evolved substantially in the last decade or so, and it is nearly impossible to keep up with them. Nobody wants to pay $50+ per month to have six different streaming platforms plus regular TV but navigating which one will work best is a major challenge. Below is a summary of the best and worst features of each streaming platform, and it will help in the decision of which one(s) to buy.

For the longest time, Netflix had a monopoly on streaming; until recently. It finally has some competition and is feeling the effects of taking users for granted. Netflix lost 200,000 subscribers in the first quarter of 2022, the first loss since 2011. The cost is $9.99 per month for the basic plan, $15.99 for standard, and $19.99 for the premium plan. One area where the streaming service excels is original content. They have produced the shows like Stranger Things, Ozark, Bridgerton, Big Mouth, Young Royals, Outer Banks, BoJack Horseman, The Umbrella Academy, and also has exclusive streaming rights to Peaky Blinders and Derry Girls (not created by Netflix). Something that most platforms besides Netflix have avoided is releasing full seasons in a day. It is clear that some of the Netflix shows are meant to be binged, while other platforms have seemingly benefitted from having a weekly release schedule. They have also made many critically acclaimed movies such as Don’t look Up (2021), The Power of the Dog (2021), Tick Tick… Boom! (2021), The Trial of the Chicago 7 (2020), Bird Box (2018), The Adam Project (2022), and Marriage Story (2019). Despite all of these hugely successful titles, Netflix gets a lot of heat for cancelling popular shows after one season, while financing generic stories to be made and remade. This has been the case with The Society, Julie and the Phantoms, Everything Sucks!, and Grand Army, who were all cancelled before the story really got to take off. On another note, the platform has a very convenient, user-friendly layout; possibly even the best among the six.

Though Netflix had the head start, Hulu did not have a hard time catching up. They use the ad and ad-less subscription model, $6.99 for ads, $12.99 without. Hulu also has their fair share of critically acclaimed original content, more so with the shows. The Handmaid’s Tale, Love, Victor, The Dropout, Only Murders in the Building, The Girl from Plainville and The Kardashians are all wildly popular. Hulu also retains rights to FX originals such as Atlanta, Reservation Dogs, Under the banner of Heaven, and American Horror Story. The original movies include The United States v. Billie Holiday (2021), Fresh (2022), Minding the Gap (2018), Crush (2022), and Happiest Season (2020). The Hulu Original films are a bit lower in number but make up for the lack of them with all of the streaming rights for 20th century studios, searchlight pictures and a decent catalog of other films.

HBO Max has had quite the rags to riches rise among streaming platforms. It was widely considered very user-unfriendly and lacked good original content. That was until recent when all the major bugs of the websites were fixed, and good original content was being produced like nobody’s business. HBO Max offers a wide variety of content with ads for $9.99 per month, $14.99 ad-free. The original shows are among the best of the best, featuring Euphoria, Our Flag Means Death, The White Lotus, Gossip Girl (reboot), Peacemaker, and Minx. The platform is lacking in the original movies department, with only The Fallout (2021), Zack Snyder’s Justice League (2021), Kimi (2022) being noteworthy mentions. One very appealing part of HBO Max is that it has streaming rights for all DCEU movies and DC standalone films. It also gets the rights to stream many popular movies before they are out of the theater, which is pretty unique. Beyond that, the inventory of movies is huge, from classic blockbusters to niche indies.

Disney is a bit different than the previous three in that it is a massive corporation that existed long before Disney+ came into the picture. It is only $7.99 per month, or $13.99 per month for the Hulu/Disney/ESPN bundle. Most of the original series are continuations/spin offs of already existing franchises, such as The Mandalorian, The Book of Boba Fett, Wandavision, The Falcon and the Winter Soldier, Loki, Hawkeye, Moon Knight, The Proud Family: Louder and Prouder, and even High School Musical: The Musical: The Series. All of these series have been wildly popular, and this doesn’t even include all of the Disney Channel, Disney XD, Disney Jr, Fox, and Freeform shows. The Disney+ original movies are a bit scarce with Soul (2020), Hamilton (2020), and Mulan (2020) being the only memorable titles, but the platform also has exclusive rights to most of the MCU, many marvel legacy movies, and Disney/Pixar movies.

Prime Video is an extension of Amazon Prime, so with the prime membership that is $14.99, prime video is free. If one wanted it without paying for Amazon Prime’s services, it is $8.99/month. Amazon has produced some very underrated original content, with shows Fleabag, The Marvelous Mrs. Maisel, and A Very British Scandal receiving tons of critical acclaim. Similar to the shows, the Amazon Studios’ produced movies are not huge hits, but see sky high ratings and a slew of awards. These movies include Beautiful Boy (2018), Manchester by the Sea (2016), The Lost City of Z (2016), You Were Never Really Here (2017), and The Handmaiden (2016). A major downfall of Prime Video is that a lot of the titles cost money, meaning the customer must by the film separately. It is a very confusing feature of the service, but sometimes it is the only option for streaming a movie among all platforms.

Apple TV might just have the least impressive catalog of the major streaming services, but it is also the cheapest at $4.99/month. It is entirely unlike the other platforms, in that it only focuses on original content. Movies and TV shows must be bought separately, through iTunes. It also has one of the most popular and most liked show of the last few years, Ted Lasso on it. Apple TV also has a knack for acquiring some insanely famous casts, like they did for Defending Jacob, Dickinson, The Morning Show, and WeCrashed. It also produced the most recent Best Picture winner at the Academy Awards, CODA (2021), along with Cherry (2021), The Tragedy of MacBeth (2021) both of which received praise for the fantastic acting performances.

Among these six, HBO Max appears to be the clear winner. It has a huge catalog of movies and a growing inventory of original shows. Though, each platform has its strengths, so it is just about what the consumer is looking for. There is no wrong decision in picking a streaming service, and getting multiple (if possible) is very handy for all entertainment needs.