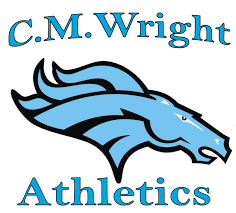 The spring sports season is finally here! Grab your CMW spirit wear and head out to the many games that are happening. Remember any Harford County games require a ticket for attendance visit gofan.org for tickets.

All our sports teams have kicked off the season with a bang!

Boys Baseball has a record of 3-4 some of their key players are Johnathan Klein (#6), Max Scutti (#18), Lucas Frezza (#2), and Cole Williams (#10) who pitched 4 innings against tech last and went lights out with no runs scored and only two hits against him. The team has recently been in a slump going from 3-0 to 3-4 with some stronger pitching and more hits the team is hoping to come back starting on Wednesday with a win over North Harford.

“…..the team has had a rough start with the loss against West Minister and Manchester Valley, but after 2 consecutive wins and hopes for the game at Havre De Grace we should be kicking off a winning season……”

Tennis lead by Captain Colin Blanton as well as Nicole Butterworth, Darren Zhu, and Frances Cebellos. Is off to a good start with a record of 4-0 with all teams winning their matches except for 1 on 3/22. Come out to see C Milton at Bel Air at 3:30.

Boys Lacrosse has a record of 2-2. Blane Dale, Kyle Mattox, and Johnnie Garst are some of the key players. After a state semi-final loss last year, Coach Gerard and the rest of the CMW team is expecting a big year.

CMW Softball has a record of 2-4. Some of their key players are Elizabeth Harjes, Veronica Ingold, Kendra Miller, and Kaitlyn Williford who hit for cycle which includes consecutive single, double, triple, then homerun hits. CMW won that game over Joppa Towne 18 – 12.

Good luck Mustangs and visit cmwponyexpress.com for updates throughout the season!