The MLB – Locked Out and Juiced Up 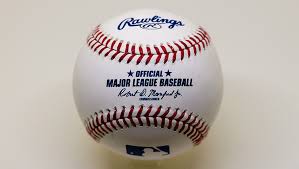 Baseball is America’s sport. And there is nothing as American then asking for more money.

The MLB is experiencing a lockout for the first time since the mid 1990’s. Players and their union are pitted against the owners. Starting on December 2nd, the dispute is still ongoing. The disagreement arose over failed negotiations of the collective bargaining agreement. As a result, the league was put on lockdown by the owners to avoid a player’s strike.

Now, this is where the situation gets stickier than past gambling allegations (. . . Pete Rose). The collective bargaining agreement ensures both parties, the MLB, and the players union, come to a consensus. As revenue for the sport has increased pre-pandemic to 10.4 billion (but is anticipated to decline), players want a bigger piece of the pie. Recently they have gone as far asking for the minimum salary to be raised to roughly $775,000.

Simply put, the players want more money. Just when you thought that they could not get richer. On average an MLB player has a salary of $4.17 million and median of $1.1 million. An obvious difference between these two statistics indicates a wide range of salaries between players. Highest earners receive up to $30-40 million on their contracts. Now compare this to the $775,000 proposed minimum, which is nearly 1% of the top salaries in the league.

As of now, the minimum salary is nearly $570,000. To put this in perspective, that is nearly 10 times larger than the average salary in the United States. Asking for $775,000 is the equivalent of asking for a 25% pay raise. Such a significant request may only slow down any progress towards ending the lockdown.

But wait! There is more. Due to being locked out, the MLB is not testing for steroids because of the CBA disagreement. So, now the MLB likely has more “juice” than your average Planet Fitness. . . or an abandoned duffel bag in your local GNC.

That means if the lockdown ends, expect more home runs, faster players, and occasional steroid-induced anger. Baseball will be back and more entertaining than ever. Just like the 80’s. Expect several players to come back looking like prime Arnold Schwarzenegger.