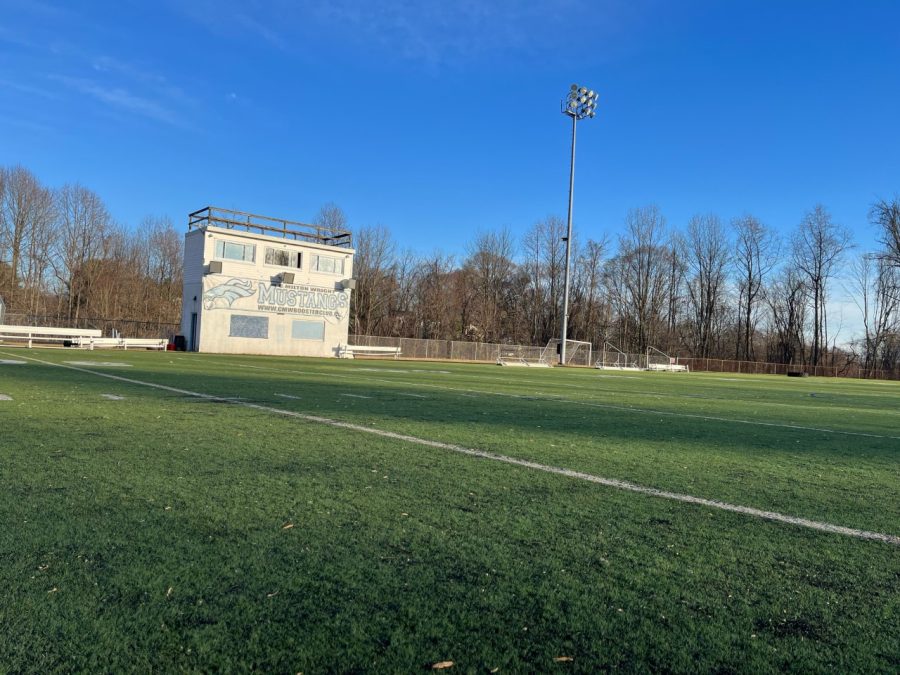 Spring sports seasons are right around the corner and family, friends, and fans will be coming in all across the state to watch their athletes play. C. Milton Wright student-athletes have earned 8 state championship titles and have had many state playoff appearances in the past 10 years, but their stadium is inadequate.  The “Home of the Mustangs” has no ramps on their bleachers, poor bathrooms/concessions, and the turf/track are in bad condition. It is evident that the C. Milton Wright stadium is not in a safe, nor up-to-date condition and needs changes. The Mustangs deserve better!

The C. Milton Wright stadium is not handicap accessible; the stadium does not have ramps at all. If an elderly spectator makes it down the path, they have nowhere to sit because there is not a ramp attachment. In addition, I have witnessed many people slip on the CMW bleachers because they are so old that they have lost their grip.

As an athlete for the school, I have played on the turf and ran on the track numerous times. The turf is 9 years old, and the track is 18 years old. Both the turf and track are extremely worn out and have pieces missing from them. For many years the CMW stadium field has remained unlocked when the other turf fields around the county are locked. This results in kids vandalizing and leaving trash all along the field.

The facilities are awful compared to other high schools around the county.  The bathroom and concession stands are extremely rundown and are on separate sides of the stadium. The county should fund and build one new building structure, instead of having multiple old buildings.

When comparing our stadium to others across the county; such as Bel Air, Patterson Mill, and Edgewood, their turf field, bathroom/concessions, and bleachers are in much better shape. We all are in the same county and CMW is extremely successful in sports, however our facility is inadequate. I guess we will admire the other stadiums and just hope and wait for our stadium to be improved. But until then, CMW will continue to succeed in high school sports!