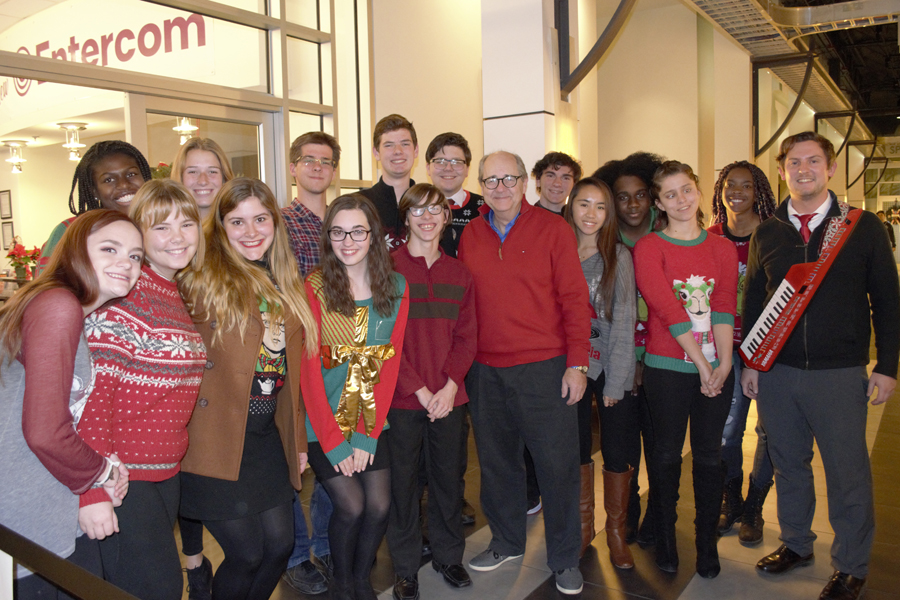 Mr. Karolenko was contacted by the radio station to perform with DeBoy after seeing a YouTube video of their performance of “Crabs for Christmas” from last year.

The students spent several hours at the station to practice, prepare, and perform.  They were treated to a simple dinner and were introduced to a few local celebrities such as Jeremiah Lloyd Harmon, American Idol top 6 finalist from Catonsville, MD.

Member, Vivian Pham, stated that it was one of the biggest things they’ve done as a group and was very “cool” to be a part of the experience.

The airing of the performance is still to be determined.  Information to follow.